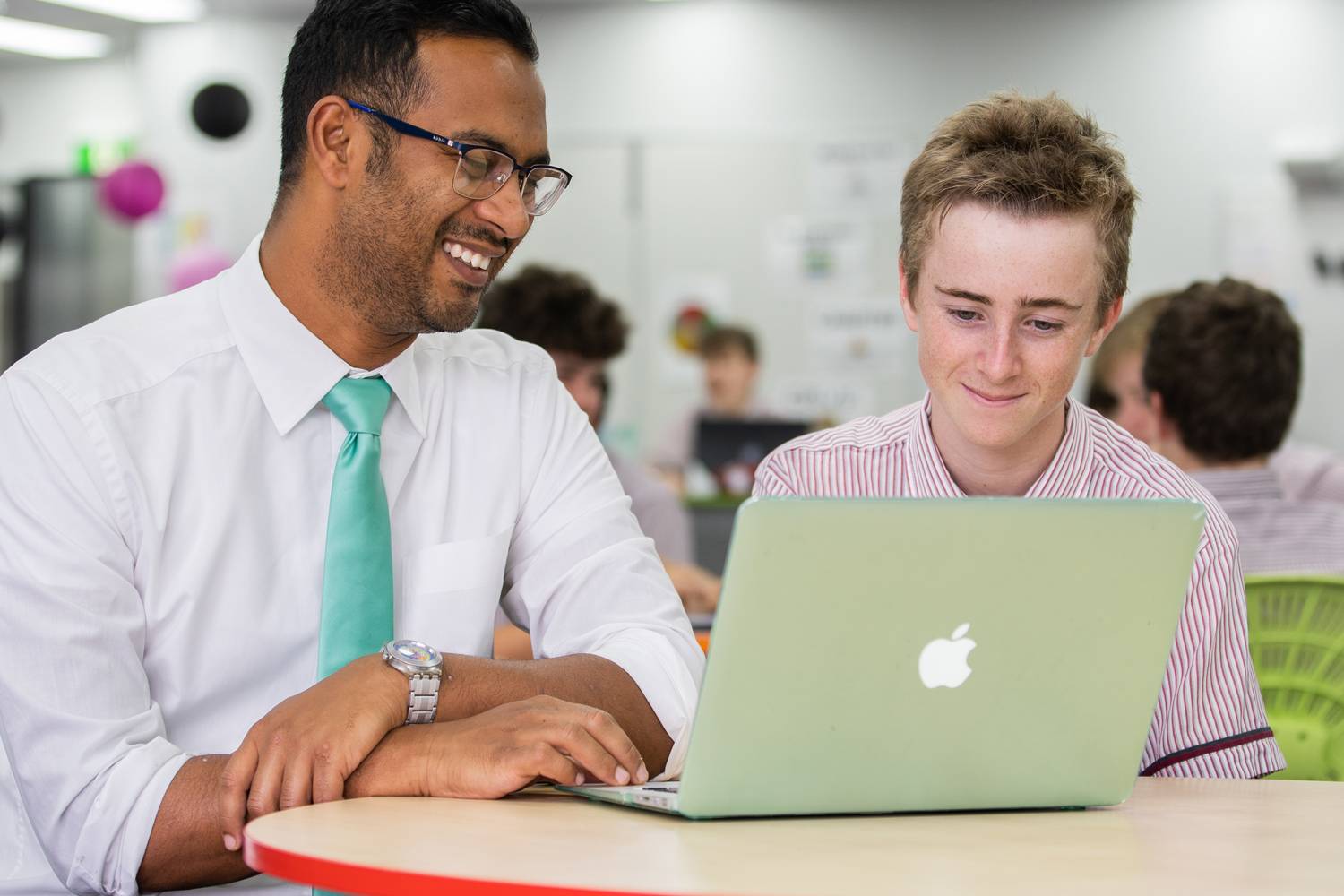 Glasshouse Christian College (GCC), on the Sunshine Coast, is named one of ‘Queensland’s most innovative schools’. It is recognised by Apple as an ‘Apple Distinguished School’, just one of eight schools in Queensland, and 470 worldwide.

With a poorly performing wired and wireless network, GCC needed a solution that would give students and staff consistent and reliable connectivity throughout the campus, and sufficient throughput to handle the audio and video content generated and transported across the network. GCC also has an in-house IT team of just four, so ease of management was another critical factor.

The CompNow and Extreme solution delivers reliable, high-performance wired and wireless networking with ease of device and user management. It is also responsible for operational efficiencies via automation of business rules and service provisioning.

With CompNow, it’s like dealing with a friend when you are ordering. They are a part of our ecosystem. They’ve solved every issue I’ve had.

In its 20 years of operation, GCC has grown rapidly from 16 children and two teachers in 2000, to its current enrolment of 1100 students. When the current principal joined GCC in 2008, he had a vision to build the college’s innovative learning programs & success on technology.

From Prep, students have access to iPads and computers and from Year 2 to Year 12 every student has access to a laptop. Every secondary student is issued with a MacBook for their own use both at school and at home.

“Schools are a hub of activity; they never stay the same and things are moving all the time in our IT environment. We were looking for a one-stop networking solution and a product that would free up the IT team from repeatedly solving the same networking problems,” Roland Munyard, IT Manager, Glasshouse Christian College says.

GCC had tried four vendors’ Wi-Fi solutions, without success. It was a difficult architectural environment for Wi-Fi, with different building materials and spaces in use across the campus. GCC had also found that Apple devices were “notoriously sticky” once they connected to an access point (AP), which caused connectivity problems for students and teachers moving around the campus.

“We needed a consistent connection with decent transfer speeds. We could get kids to stay connected, but they just weren’t getting the throughput they needed in the classroom,” Joshua Whysall, Glasshouse Christian College’s Network Administrator says.

The school’s rapid and organic growth had also resulted in a complex and diverse wired core & edge network topology, which made it difficult to deploy new devices and identify and troubleshoot issues.

Evaluating a number of potential solutions, GCC was impressed with Extreme’s approach to software-defined networking (SDN), analytics and Extreme Management Center (XMC), which provided GCC’s IT team with a single view of everything that was happening on the network – even on the legacy HP switches still currently in use on the campus.

“I’m very happy with the solution provided by Extreme and CompNow. We were able to redefine the entire network which previously had been set up as separate VLANs for each building which, in retrospect, was unnecessary using Extreme because of the smarts built into the solution,” Roland says.

The Extreme environment is fully integrated with GCC’s security infrastructure, and user authentication and identity management solutions, ensuring new devices and users can be added instantly and securely to the network, all managed through a single XMC console.

Now, users can stream high-definition video to their iPads or MacBooks without interruption as they move from AP to AP throughout the campus.

“Companies all define SDN in a different way, but from our perspective, Extreme is the only one that actually does it right,” Joshua says. “For me, SDN is one piece of software that works all the way through the network where you have all the rules built into it so that when you plug in a new device or connect a new user, it does what it is supposed to do and works instantly and seamlessly,” Roland says.

After upgrading the core network with EXOS X690 Switching, and deploying Extreme’s Wi-Fi APs, GCC could take advantage of the business insights from ExtremeAnalytics and the high-density Wi-Fi capabilities demanded by students. When the edge switches were upgraded later throughout the campus, GCC had the opportunity to completely redesign its network topology.

“The coolest part was when we had to change the way our network operated. We built the rules, the VLANs and the groups in the back end. It’s synched all in one go, and everyone in the school just switches and starts working. It just happens so seamlessly with Extreme. It’s not like you are trying to do anything clever; it’s just networking,” Joshua says.

“I see Extreme as a way of freeing up my team. They were able to demonstrate tangible advantages to our college and to my team. They had the truest version of software defined networking,” Roland says.

CompNow is a longstanding technology partner at GCC, supplying most of the college’s IT hardware solutions, including its Apple and Extreme needs.

“With CompNow, it’s like dealing with a friend when you are ordering. They are part of our ecosystem. They’ve solved every issue I’ve had,” Joshua adds.